Kamares: The Old Aqueduct of Larnaka

This beautiful 18th century aqueduct can be found on the road heading towards Lemesos in the area of Kamares, which takes its name from the distinctive arches (‘kamares’ in Greek).

An open-air sight, the aqueduct was built in the Roman style in 1746 by the Turkish governor of Larnaka, Bekir Pasha, who funded it out of his own sources to carry water to Larnaka from a source about 10km away. The aqueduct was abandoned in 1939 and its function replaced by modern pipes. 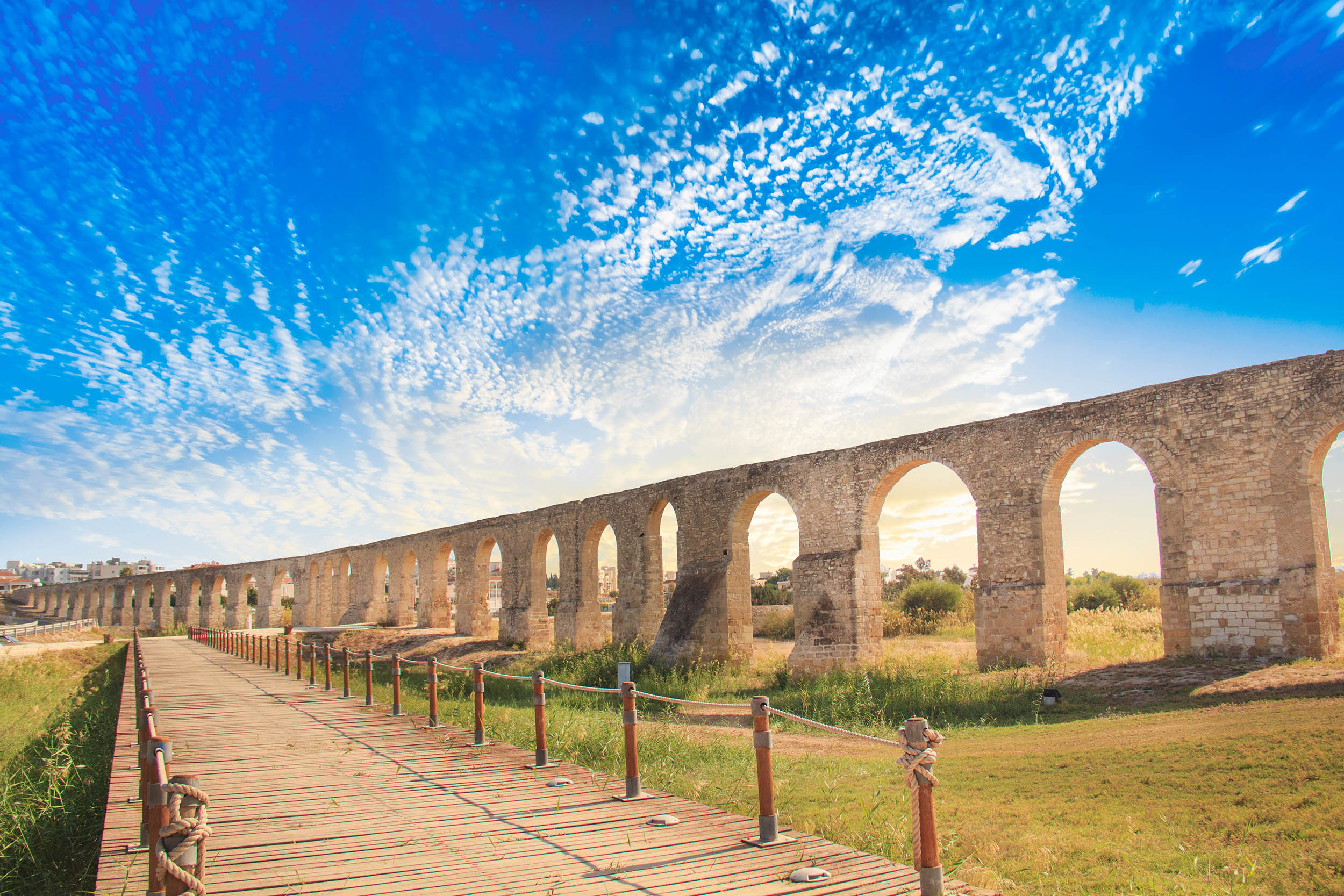